The papers and materials of this collection are loosely cataloged by date and stored in the Paul & Rosemary Trible Library at Christopher Newport University.

In addition to the Finding Aid below, information is available by appointment - please contact the library.

About Paul S. Trible Jr. from the Biographical Directory of the U.S. Congress: 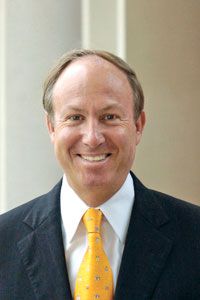 Representative and Senator from Virginia; born in Baltimore, Baltimore County, Md., December 29, 1946; attended public and private schools in New Orleans, La., and Clark’s Summit, Pa.; graduated, Hampden-Sydney College 1968; graduated, Washington and Lee Law School, Lexington, Va., 1971; admitted to the Virginia bar in 1971 and commenced practice in Alexandria; served as law clerk in the United States District Court for Eastern Virginia 1971-1972; assistant United States attorney for the Eastern District of Virginia 1972-1974; Commonwealth’s attorney, Essex County, Va., 1974-1976; appointed to Virginia Law Enforcement Officers Training and Standards Commission 1976; elected as a Republican to the Ninety-fifth Congress in 1976; reelected to the Ninety-sixth and Ninety-seventh Congresses (January 3, 1977-January 3, 1983); was not a candidate for reelection to the House of Representatives in 1982, but was elected to the United States Senate in 1982, and served from January 3, 1983, to January 3, 1989; not a candidate for reelection in 1988; president, Christopher Newport University, Newport News, Virginia, 1996-present.