What is a regulatory agency?

The Encyclopaedia Britannica describes a regulatory agency as an:

"independent governmental commission established by legislative act in order to set standards in a specific field of activity, or operations, in the private sector of the economy and to then enforce those standards. Regulatory agencies function outside executive supervision. Because the regulations that they adopt have the force of law, part of these agencies’ function is essentially legislative; but because they may also conduct hearings and pass judgments concerning adherence to their regulations, they also exercise a judicial function—often carried out before a quasi-judicial official called an administrative law judge, who is not part of the court system. Regulatory agencies have become popular means of promoting fair trade and consumer protection as problems of commerce and trade have become more complex, particularly in the 20th century." 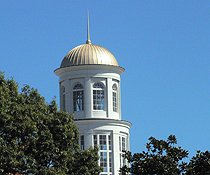