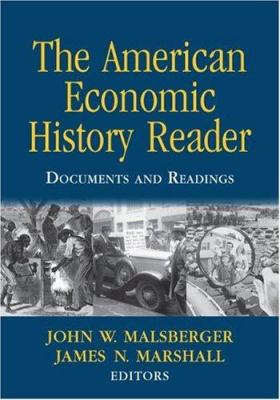 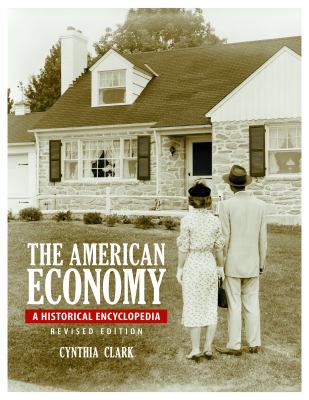 The American Economy: A Historical Encyclopedia

"A separate primary source section that includes 32 important treaties, key political speeches, and more relating to the American economy from the Articles of Confederation period through the Obama Administration" 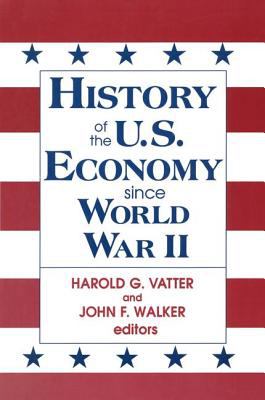 History of US Economy since World War II

A collection of articles covering the economic history of the US over the last 50 years. It is selective in its coverage of important issues not often treated historically, such as the economics of medical care and the educational system. 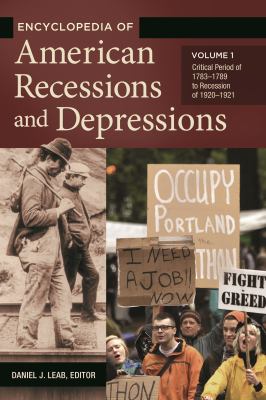 Encyclopedia of American Recessions and Depressions 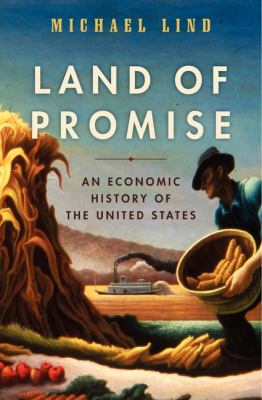 Land of Promise: An Economic History of the United States

From the eighteenth to the twenty-first centuries, the American economy has been transformed by wave after wave of emerging technology: the steam engine, electricity, the internal combustion engine, computer technology. 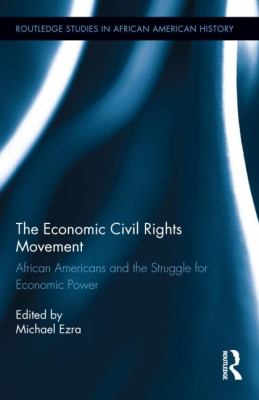 Economic inequalities have been perhaps the most enduring problem facing African Americans since the civil rights movement, despite the attention they have received from activists. ... economic disparities between blacks and whites remain sharp, and the wealth gap between the two groups has widened in the twenty-first century. The Economic Civil Rights Movement is a collection of thirteen original essays that analyze the significance of economic power to the black freedom struggle by exploring how African Americans fought for increased economic autonomy in an attempt to improve the quality of their lives. 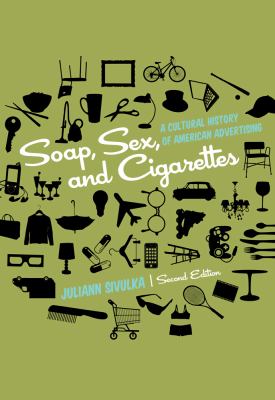 Soap, Sex, and Cigarettes: A Cultural History of American Advertising

... examines how American advertising both mirrors society and creates it. From the first newspaper advertisement in colonial times to today's online viral advertising, the text explores how advertising grew in America, how products and brands were produced and promoted, and how advertisements and agencies reflect and introduce cultural trends and issues. 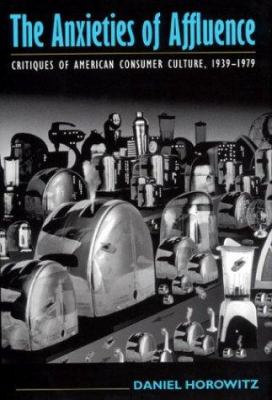 The Anxieties of Affluence: : Critiques of American Consumer Culture, 1939-1979

This work charts the reactions of prominent American writers to the unprecedented prosperity of the decades following World War II. It begins with an examination of Lewis Mumford's wartime call for democratic consumption and concludes with an analysis of the origins of Jimmy Carter's malaise speech of 1979. 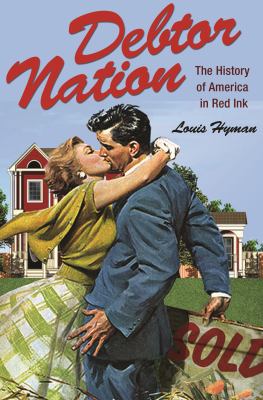 The first book to follow the history of personal debt in modern America, Debtor Nation traces the evolution of debt over the course of the twentieth century, following its transformation from fringe to mainstream--thanks to federal policy, financial innovation, and retail competition. 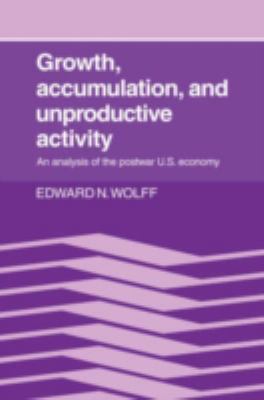 This book documents the growth of unproductive activity in the United States economy since World War II and its relation to the economic surplus, capital accumulation, and economic growth. 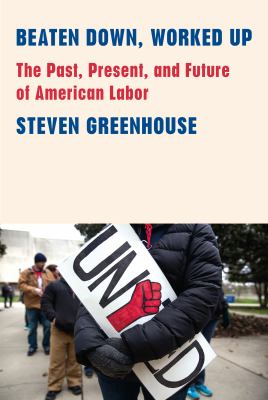 Beaten down, Worked Up: The Past, Present, and Future of American Labor

Award-winning journalist and author Steven Greenhouse guides us through the key episodes and trends in history that are essential to understanding some of our nation's most pressing problems, including increased income inequality, declining social mobility, and the concentration of political power in the hands of the wealthy few. 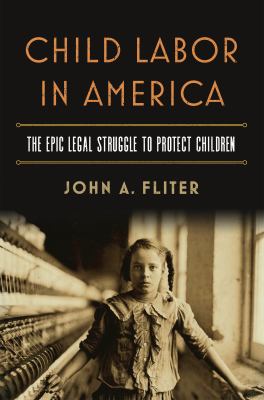 Children had worked in America from the time the first settlers arrived on its shores, but public attitudes about working children underwent dramatic changes along with the nation's economy and culture. A close look at the origins of oppressive child labor clarifies these changing attitudes, providing context for the hard-won legal reforms that followed. 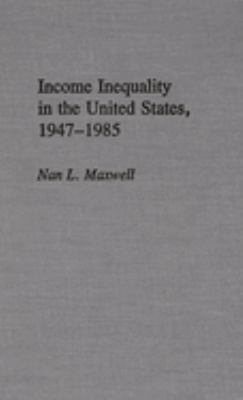 Using U.S. Current Population Survey data from 1947 to 1985, Maxwell presents the results of a comprehensive study of the causes and consequences of the upturn in income inequality that took place during this period. 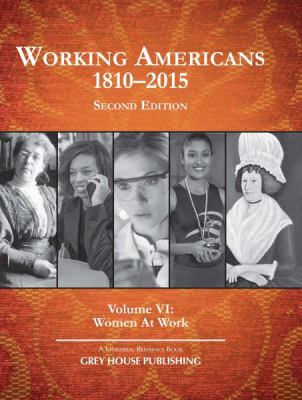 Each volume in the widely-successful Working Americans series focuses on a particular type of American and illustrates what life was like for that group from the 1800s to the present time. 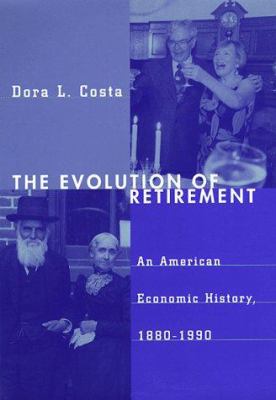 The Evolution of Retirement: An American Economic History, 1880-1990

Using statistical, and demographic concepts, Costa sheds light on such important topics as rising incomes and retirement, work and disease, the job prospects of older workers, living arrangements of the elderly, the development of a retirement lifestyle, and pensions and politics. 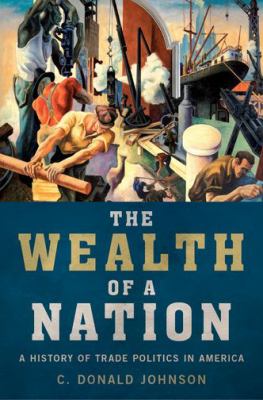 The Wealth of a Nation: A History of Trade Politics in America

... is an authoritative history of the politics of trade in America from the Revolution to the Trump era. Johnson begins by charting the rise and fall of the U.S. protectionist system from the time of Alexander Hamilton to the Smoot-Hawley Tariff of 1930. Challenges to protectionist dominance were frequent and often serious, but the protectionist regime only faded in the wake of the Great Depression. After World War II, America was the primary architect of the liberal rules-based economic order that has dominated the globe for over half a century. 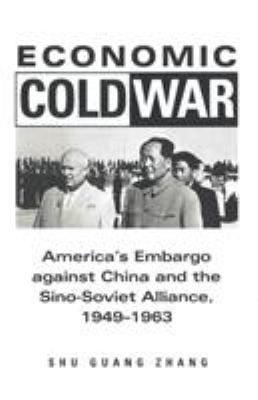 ... the author examines how and why the United States and its allies instituted economic sanctions against the People's Republic of China in the 1950s, and how the embargo affected Chinese domestic policy and the Sino-Soviet alliance.